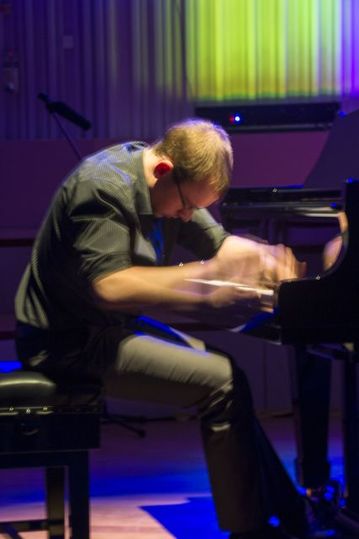 ​Alex Wilson is a musician with a passion for the unusual, new and unexplored: a versatile pianist with interests ranging from cutting edge new music to fascinating repertoire by forgotten composers.  Alex is a former British Contemporary Piano Competition finalist, Park Lane Group Young Artist and performer of new music across Britain and Europe as soloist and chamber musician.  His self-curated tour of music by the lost composers of World War One ‘The Banks of Green Willow’ has achieved large audiences and received critical praise. His CD of first recordings of the piano music of F.S.Kelly was released in June 2020.

He has performed at venues including Wigmore Hall, Queen Elizabeth Hall, Cadogan Hall, and at the Rachmaninov Hall, Moscow, and has appeared on both BBC Radio 3 and BBC Radio 6 Music as a champion of contemporary music.  As an orchestral pianist Alex works regularly with Bournemouth Symphony Orchestra, BBC NOW, UPROAR new music ensemble and London Sinfonietta.

Alex studied for a music degree at York University, and graduated from the Royal College of Music with a MA (distinction) in piano performance in 2011, following studies with Andrew Ball.

“Alex plays with muscular precision and supreme delicacy… the second half of the concert gave us all a chance to concentrate on Alex's outstanding pianistic skill and supreme sensitivity”  Luch Càise-Dearg, Classical Journey
​